TESTIMONIALS PRO BONO WHAT WE DO ABOUT PORTFOLIO 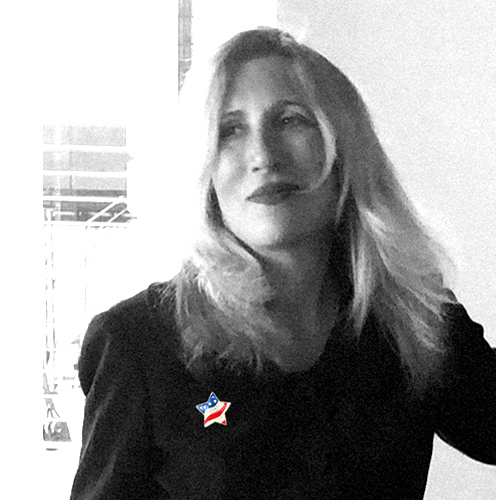 Rise Above the Noise

With TOTALVIEW Global, clients profit from branding and advertising that differentiates in a consistent, clean style. This synergy of originality and elegance has won long-term growth for every client.

After completing The Whitney Museum Program as a Contemporary Painter, during the 1990s Jane Rubin worked as a Designer and Digital Artist at global ad agencies, such as FCB and J. Walter Thompson. Skipping lunch breaks, she created her own portfolio of ad campaigns. She was soon offered a full-time position as the sole Art Director at McCabe & Company, the boutique Ad Agency of Ed McCabe, the original "madman" of advertising. While at McCabe & Company, Jane was rapidly promoted to Creative Director on Interactive Campaigns. Jane went on to become a Creative Director at BSA Advertising, where she successfully directed recruitment, diversity and branding campaigns for Fortune 500s.

TOTALVIEW began in the early 2000s, when a financial technology start-up (located near the New York Stock Exchange) contacted Jane to be their in-house Creative Director, while also giving her the freedom to start her own agency.

In 2003, FuturePath Trading LLC contacted Jane to compete for their business. FuturePath is an IIB in Chicago with a proprietary, institutional trading platform, PhotonTrader. Having beat all competitors — on her own — Jane was put on retainer by FuturePath Trading in 2003.

More importantly, the results speak for themselves.

Since 2003, virtually all accounts have been won through referral:

"Jane is so talented that I am confident in referring her to any company. She also rapidly passed the Series 3 and 30 exams to gain more knowledge of our business. Jane conducted herself as a true professional."

In 2006, Jane was referred to NinjaTrader LLC in Denver, CO. At the time, NinjaTrader was a small start-up seeking to promote their trading platform. With Jane as their sole Creative Director and Designer from 2006 - 2010, NinjaTrader rapidly grew into one of the most dominant trading platform companies worldwide.

"In partnership with Jane, NinjaTrader has prospered significantly."

In 2009, NinjaTrader's Partners asked Jane to move to Denver to be their in-house Executive Creative Director. Jane chose to continue to run her own agency in New York City, where she is also a Professional Artist, and lived with her husband, Derreck John Alexander.